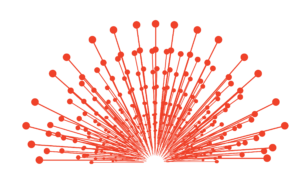 Through our Key partnerships in Law and Journalism

Dispute-It have re-imagineered the courts by creating a digital ecosystem platform, which, through the use of bespoke technology and mathematical formula breathe meaning into the wisdom of the crowd and resolves dipsutes in a cheaper, better and faster way by creating a user friendly, accessible, incorruptible, intimidation free legal system and legal framework which is simpler, better and faster for the Ndebele Nation. Dispute-It will create a whole new market to access and interact with the blockchain ecosystem. Dispute-It was released as a pilot program during December 2020.

Collab Technologies have re-imagineered companies by creating an easy to use platform where individuals can run businesses and collaborations in a structured way using the principles of holocracy and dynamic share registers. Collab Technologies was released as a pilot program mid-year 2020.

SchinTech is a collaborative partner. It is a technology company that provides data processing managed services and portfolio analytics. Virtual Nation Builders leverages their machine learning, Ai tools and skills. Such tools include its exclusive rights to the NUIX to simply and quickly find the truth from the data in the digital world.

Virtual Nation Builders in collaboration with Delta Scan (Pty) Ltd is creating Ubuntuland. The Ubuntuland experience is our first step in building Africa’s Photorealistic Metaverse of Heritage, where real-life objects are brought to life in a digital space. We go beyond a virtual tour and are creating a shared interactive experience to preserve Africa’s heritage. This forms the basis of the experience and the new era of Metaverses and 3D spaces that are becoming accessible to anyone anywhere in the world.

​Delta Scan’s brief was to recreate the Komjekejeke Heritage site as an experience of being on-site, being immersed in the culture, the vivid colours in the artwork, the surrounding nature and being able to allow someone anywhere in the world to experience it.  By creating a digital version of a site we freeze that experience in time and preserve it in the endless world of the digital age.  Delta Scan’s team specialises in the ultra-detail reconstruction of reality into a digital format that can be integrated into visualisation and design environments. They are quickly moving into a time where VR (Virtual reality) and AR (Augmented reality) are no longer out of reach technologies but will soon become the norm.

Their process starts by using two forms of tech – Photos and LiDAR. Top of the range LiDAR or Light Detection and Ranging systems emit pulsing laser beams at 2-million points per second in 360 degrees which creates an ultra-detail digital point cloud (or collection of dots) representing the space around the laser. Delta Scan set up scanning points all around the site to form a gap-free digital reconstruction with precise detail. On the photo side, Delta Scan uses a specialist form of close range and far range photogrammetry. This is a process of reconstructing the 3D depth from photographs and works on the same principle as the human eyes. Two eyes create what we call parallax and allows the brain to work out the depth of an object and figure outdistances. This same principle, applied to buildings and objects, allows them to reconstruct it from static images.

Delta Scan carried out three forms of photogrammetric digitisation for this specific project. The first form is aerial, interior and object-based. For the Aerial mapping using the M300 from DJI with the P1 camera system. The drone is flown in a predefined grid pattern around the site to create a digital replica of the topography and landscape surrounding the buildings. They follow this up with a point of interest flight around structures and close detail to pick up the texture of roofs and top of walls where the ground bases images cannot see. The buildings are then photographed with a high-end full-frame mirrorless camera team, both inside and outside to capture as much high-resolution texture of the paint, materials and visual features. Combining the LiDAR and images they build a detailed digital version of the buildings. The third form of data capture is what is known as close-range precision photogrammetry. For this, they use a turntable studio setup with specialised lighting and high-end lenses. Delta Scan photographs individual objects in 360 degrees and uses those images to build a 3D version of them. This is the workflow for the NFT where Delta Scan is focusing on creating high-resolution 3D replicas of objects in the real world. There is no better way to preserve history and store the value of these art pieces. Once Delta Scan have the 3D models created, that’s where the fun starts.

Having a 3D replica of reality that can be moved around on the computer opens endless doors for the experience we want to create. It’s like building a computer game or writing your own movie script, but instead of working with abstract 3D models that look cartoonish or designed by an artist, we get to work with real-world objects which means Delta Scan can capture the experience of being in that space and experience the rich culture of the area and the people. The 3D environment and the way you interact with it is about creating an unforgettable experience and talking to the emotions of the visitors to the space. The beauty of the digital world is that you can do things that go beyond nature. You can fly, walk around, jump inside paintings or the art itself, change the mood, the colours, the scenery and also have the ability to see others around you and interact with them. By creating these new digital spaces of heritage sites, museums and galleries, Delta Scan can link the space to the object in them which will become the NFTs. To talk about virtual worlds seems like it is something in the far away future but they are already here, what many are calling the new era of the internet.

Think of going into a museum and purchasing a statue as an NFT. You can take that statue and display it in your virtual house or a virtual conference room while doing a virtual Zoom meeting. To see how real and powerful these virtual spaces are becoming look no further than Facebook’s version of the social metaverse they are working on or VISA buying a pixelated 3D character call the Crypto Punk. The difference here is that Delta Scan is preserving South Africa’s heritage and transforming the art and culture into a format that can be enjoyed forever from anywhere in the world.

Our wider collaborators and skills cover a multitude of areas in business including:

‘If you want to go quickly, go alone.

If you want to go far, go together.’