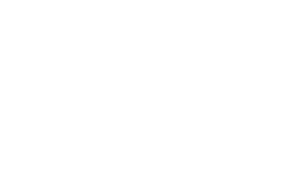 Some of our exclusive building services include:

Creation and listing of Cryptocurrencies, Fungible and Non-Fungible Tokens (NFTs)

​The listing of NFTs on multiple exchanges

​The auditing of NFTs (both legal and tech)

​Legal Integration in respect of the Internet of Things (IOT)

​Creating, minting, ticketing and promotional marketing of NFTs in compliance with legislation, such as: The Communication and Electronic Transaction Act, Consumer Protection Act and Protection of Personal Information Act

Some of Virtual Nation Builders accomplishments

Virtual Nation Builders Mixed Reality team were instructed to attend to the creation of Heritage NFTs that began with the scanning of the Liliesleaf Museum artefacts in early August 2021 to sell them to local and international collectors (the NFTs, not the artefacts themselves) to preserve as well as maintain South Africa’s Heritage and history for the South African nation.

Virtual Nation Builders created the world’s first heritage NFT, the Nelson Mandela Warrant of Arrest which was sold for $130 000 and all nett proceeds went to Lilliesleaf Museum (See Bloomberg Article).

Scarcity affidavits, necessary corporate resolutions, chain of custody reports, the NFT assignment terms and the NFTs auditing were all attended to by Schindlers Forensics.

With exponential technological advancements and the creation of legal foundations, Virtual Nation Builders embraced the ambitious project of building a Virtual Nation for the Ndebele Kingdom. Virtual Nation Builders’ legal-tech offerings and collaborations virtually grew overnight, and our specialist mixed reality team took their very first steps in the creation of a Metaversette, by creating  the first step in a digital twin of the Ndebele’s Heritage Site. Komjekejeke, with extraordinary photorealism, colour and detail. See Alkebulan.

Virtual Nation Builders’ has also been instructed in the Ndebele Land Revitalisation Project, aimed at utilising blockchain technology to segment millions of hectares of the Ndebele Tribal Trust land into land right NFTs. Unlocking the value in tribal land occupied by South Africa’s previously disadvantaged will address one of the major legacies of apartheid. The terms of the NFTs will be agreed with the major South African Banks, to ensure that they meet the banks’ lending criteria and hopefully in the near future, the land will be more easily tradable than any other land in Africa. Virtual Nation Builders will be expand this offering to other community lands in South Africa.

Running parallel to these digital projects, are the formation of public benefit organisations, companies and trusts for the various Ndebele Upliftment Projects. The latter, all requiring legacy legal work, including corporate, intellectual property, local and international tax, trust, escrow arrangements, law on jurisdictions, collective investments schemes, property law and requirements by the FSCA, render the necessary convergence of legal and tech advice obvious.

Virtual Nation Builders has also advised Black Rock Rhino Conservation in creating the world’s first NFTs of Rhino horns to conserve the Rhino. See the world’s first rhinos-one. Virtual Nation Builders’ attended to the legal terms in the NFTs required in the metadata, the legal audit of the NFT, the legal work required for the assignment of its intellectual property and the consideration of whether to use a NAO to link the crypto asset to a real-world asset.

Virtual Nation Builders have also built an app for a virtual company module, that legally integrates with real world company MOIs (memorandums of incorporations). It utilises a dynamic share register that is updated in real time. By utilising this new legal tech model, real-world companies can operate in or outside virtual layers of governance. The Collab-Tech app operates by utilising the principles of holacracy, coupled with decision making by the collaborators using the Dispute-It (www.dispute-it.ai), ‘Wisdom of the Crowds’ engine, that requires diversity, independence and reduced influence by alpha decision-makers. Virtual Nation Builders can now list any sized company, as though it were on a stock exchange, without having to go through the red tape and cost ordinarily associated with a listing on an exchange, with the shares transferrable instantly on a smartphone. The management algorithm is empirically wiser than current corporate decision-making modalities.

In short, globally, technology firms and legal firms find themselves on the other sides of the professional spectrum. Virtual Nation Builders offers a convergence of both, virtually building ground-breaking solutions.

“Virtual Nation Builders created the COWRIE for King Makhosoke II. The COWRIE is a gifting utility token created to uplift the communities of South Africa.