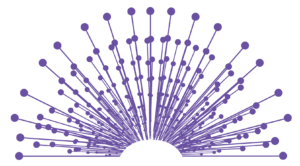 Virtually building on ideas, exponential technological shifts and how it all began, one business at a time.

Maurice Crespi’s ideation processes and methodologies were ignited whilst he attended the annual Singularity University Summit in October 2019, where futurists and technologists inspired him to look deeper into technological disruption and within the legal industry. He grew increasingly concerned that law and technology would not converge, in the same way, it had in other industries, or, at least, anytime soon.

Dwelling on these thoughts and concerns, Maurice recalled a documentary he had previously watched on the theory of ‘Wisdom of the Crowd’, which sparked a significant moment and connection with social technology and legal engagements. It was at this moment, Dispute-It was born, 16th October 2019. A day that marked an exponential butterfly effect and synchronised connection with like-minded thinkers.

Maurice immersed himself into various online digital courses, shifted his focus and was determined to understand how future technology and the legal system could work more beneficially and cohesively together. Whilst engaging in these disruptive thoughts and learnings, he connected with business colleagues and friends, who equally recognised and supported Dispute-It’s ideation potential and the disruptive effect it could have on South Africa, as well as on a global scale. The opportunity was exciting, the ideation process thrived, as well as the collaboration, which grew exponentially both locally and internationally, with lawyers from Los Angeles and Silicon Valley, world-renowned technologists and academics from Oxford University.

During 2020, the cryptocurrency and crypto sphere kept on gaining momentum worldwide, with technologies like Ethereum, smart contracts and NFTs quickly becoming even more popular and in demand. With more technologies becoming accessible and Dispute-It in development, the Schindlers Innovation (Si) Group was founded, to recognise anticipated technology pivots that would be required for industries like law to remain competitive, and recognition that legal practice in its current form (especially within South Africa) will simply not survive the near future.

From this standpoint, Si’s ideators began to envision a completely different angle and approach, a ‘Virtual Layer of Governance’ for communities, organisations, businesses and governments. There was a realisation, that Silicon Valley would hardly be in a position to maintain complete anonymity, in a virtual layer of governance, without being able to resolve disputes within a Metaverse. There was mutual recognition and understanding that, ordinarily, it would be virtually impossible to maintain privacy in the real world, as most jurisdictions require court hearings to be held in open court. The first solution to Silicon Valley’s headache had already been in development for fifteen months, Dispute-It.

It was at this stage that Dispute-it morphed into a module of something far bigger, there was an agile shift, a new direction and this is when Virtual Nation Builders (VNB) was created.

We proudly took on our first client in April this year, the amaNdebele Kingdom, under the leadership of His Majesty King Makhosoke II. With our exponential technological advancements and legal foundation, we embraced our most ambitious project yet, to build a Virtual Nation for the Ndebele Kingdom. Our business offerings and collaborations virtually grew overnight, and our specialist mixed reality (MR) team took their very first steps in the creation of a Metaverse, by creating a digital twin of the Ndebele’s Heritage Site, Komjekejeke, with extraordinary photorealism, colour and detail.

Our Si and Zuber Lawler Attorneys legal teams began the drafting of the terms and conditions in respect of the NFT’s (non-fungible tokens) intellectual property, as well as the Smart Contracts to be embedded within the artefact NFTs. These certification processes and procedures are paramount in the validity and transparency of our business and client offerings. Running parallel to these digital projects, are our Public Benefit Organisations, businesses and trusts for the various Ndebele Upliftment Projects.

In addition, our very important clients, exciting initiatives and developments include:

Globally, technology firms and legal firms find themselves on the other sides of the professional spectrum. We offer a convergence of both, virtually building ground-breaking solutions.

Some of VNB’s solutions include:

Virtual Nation Builders is a subsidiary of Schindlers Innovations (Si), a holding company created under the leadership of Maurice Crespi.

Virtually uplifting our World, one atom, one hash, one node, one idea at a time.